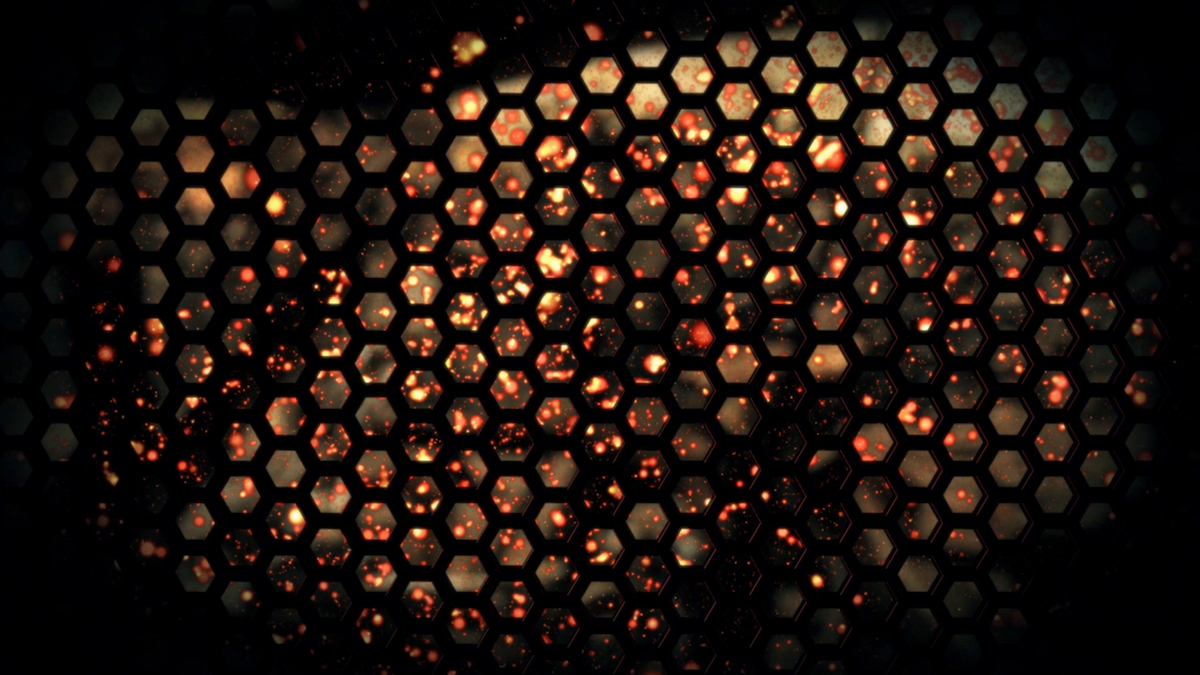 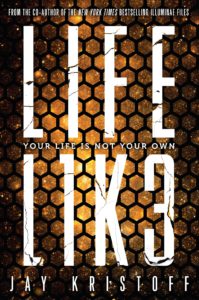 LIFEL1K3 is the rare book that I mostly enjoyed until the end soured me on the whole thing. It’s a mash-up of a lot of genres and tropes, which gives it a certain amount of madcap charm, but it squanders that good will with some draggy pacing, an overload of teenage angst, and a final twist that feels like a gotcha moment designed only for shock value. It’s also overstuffed with plot and world-building, so it’s almost impossible to summarize succinctly.

When you live in a post-apocalyptic wasteland, you have to make ends meet in whatever way possible. Eve builds and pilots homegrown battle-bots from spare parts and pits them against challengers in gladiator battles with the help of her trusty little robot, Cricket, and her best friend, Lemon Fresh. She has a cybernetic eye and a “memdrive” installed in her brain to help her remember her past life, cut short when she was shot and left for dead.

When the book opens, she’s about to fight a malfunctioning corporate bot to get medicine for her ailing grandfather, Silas. The battle goes south, but she’s saved at the last minute when she unleashes some kind of telekinetic power that fries the malfunctioning bot.

Only problem is, gladiator battles are broadcast throughout the local area, and her performance brings her to the attention of some unsavory types, including a religious sect who kill “deviates” on sight and a corporate bounty hunter who wants to capture her for nefarious purposes.

Lucky for her, she’s saved by a beautiful “lifelike” robot named Ezekiel, designed to resemble a handsome young man with super-strength, who she salvaged when his ship crashed nearby. When they try to make their getaway, another lifelike named Faith captures her grandfather, so Eve and her friends have to save him while also running from the bounty hunter hot on their tails. Complicating things is the fact that Ezekiel and Faith both seem to recognize her and call her by another name, Ana.

Now, it’s kind of hard to explain my criticisms of the book without spoilers, so I’m going to warn you now that the rest of this review will be full of them. When Faith damages Eve’s memdrive in a fight, Eve starts having flashes of another life different from the hardscrabble one she thinks she knows. It turns out that Eve isn’t who she thinks she is, which becomes a running theme.

Eve begins remembering her life as Ana, who lived in a corporate tower with her father, the inventor of the lifelikes. She knows the lifelikes and has a shared, tragic history with them! Also, her grandfather isn’t her grandfather. Instead, he’s an engineer who gave her fake memories so that she could have a fresh start.

Ezekiel was the boy of her dreams, Faith was her best friend, and the lifelikes (except possibly Ezekiel) betrayed her family and killed them in a revolution. The angst and the drama build as Eve tries to reconcile her identities and histories, deal with her buried feelings for Ezekiel, and fumes about people lying to her.

You might think that everything I’ve summarized up above is more than enough for one book, and you’d be right. However, Kristoff still has a few twists left up his sleeve. The first few twists just stir up more drama and angst, but the final twist is what soured me on the book.

It turns out that Eve isn’t even the real Ana – she’s secretly a lifelike designed to think she was Ana. After she was shot, Silas installed the memdrive to give her a fresh start as someone new. This revelation puts her over the edge, and she pushes her friends away and slides into apparent villainy in the final sentence of the book.

By that point, I’d already lost a little bit of patience with the number of plot twists and the angsty in-fighting characters, but I wouldn’t have minded the final twist so much if Eve’s decision was less black-and-white. If she’d gone out into the world to find herself with mysterious motivations, I’d at least want to find out more about who she decides to become. Instead, she seeks out another lifelike with clearly villainous motivations and tells him that they have a lot of work to do.

It felt like Kristoff was trying to force Eve’s decision to BE EVIL, and it made me not care about her journey. LIFEL1K3 was a bit of an exhausting read thanks to its everything-plus-the-kitchen-sink storytelling, but that final twist just felt like it sold out the main character for a cheap shock.