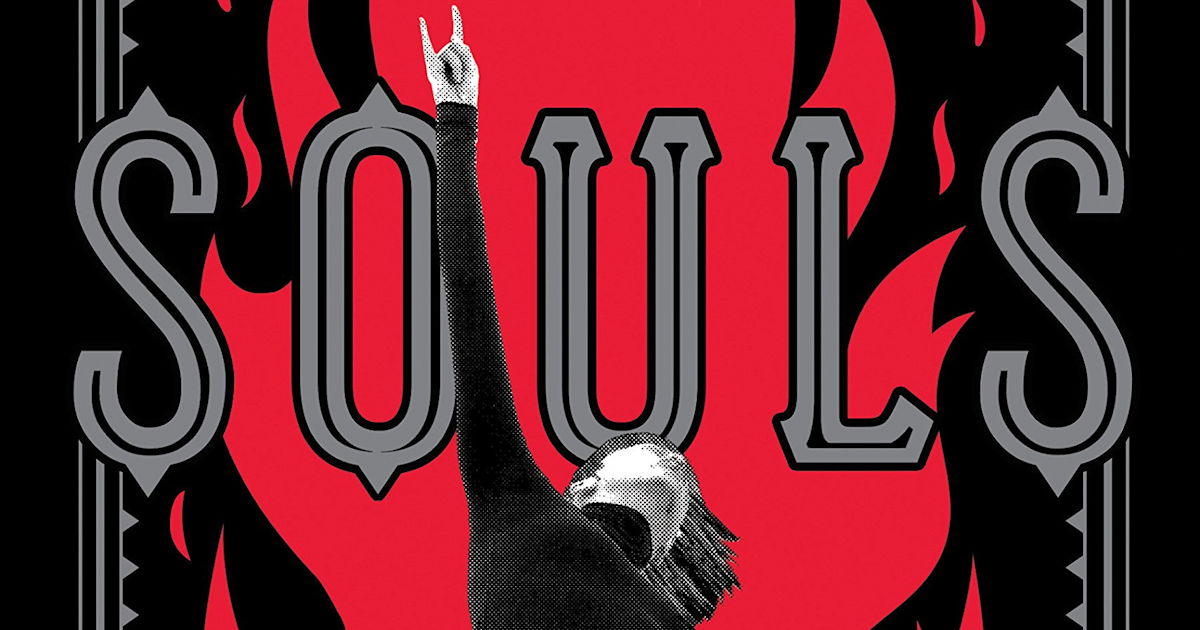 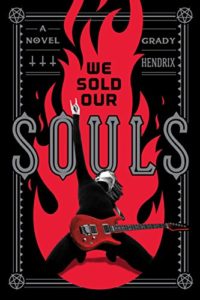 We Sold Our Souls by Grady Hendrix

We Sold Our Souls is sort of like a heavy metal concept album in novel form, but that doesn’t mean it’s the kind of slapdash narrative you would normally find on a long-player. Instead, it’s a propulsive read that rides on the momentum of a lost album full of revolutionary rock songs.

The author of that lost album, Kris Pulaski, is a washed-up former rock guitarist riding the desk at a Best Western. She’s stuck in that customer-service wasteland because Terry Hunt, the lead singer of her old band, Dürt Würk, sold her out, stole her music, and sued her into oblivion. It doesn’t help that the rest of the band hates her because of something terrible she did on “contract night” – the night the band fell apart in spectacular fashion.

When Kris sees a billboard for Koffin, Terry’s sell-out cash-grab nu metal band formed in the ashes of Dürt Würk, she’s at absolute rock bottom. She’s broke, friendless and soon-to-be homeless after her brother kicks her out of her dead mother’s house.

The billboard is the catalyst that sets off a bottomless store of anger she’d kept tamped deep down inside. She decides that it’s time to confront the former members of Dürt Würk and ask them why the events of contract night don’t line up in her memory.

This is a horror novel called We Sold Our Souls, though, so I’m sure it isn’t surprising to learn that something bizarre is going on behind the scenes and Kris gets caught up in its wake as soon as she gets back in touch with her old band.

I was so caught up in this book that I read the last 2/3rds in one marathon sitting, which I think is a pretty resounding endorsement. There are also two harrowing set-pieces that kept me on the edge of my seat and wincing.

I’ve read a few of Grady Hendrix’s novels now, and although this one isn’t as good as My Best Friend’s Exorcism, it delivers some solid scares while also painting a compelling picture of how music can save your life.