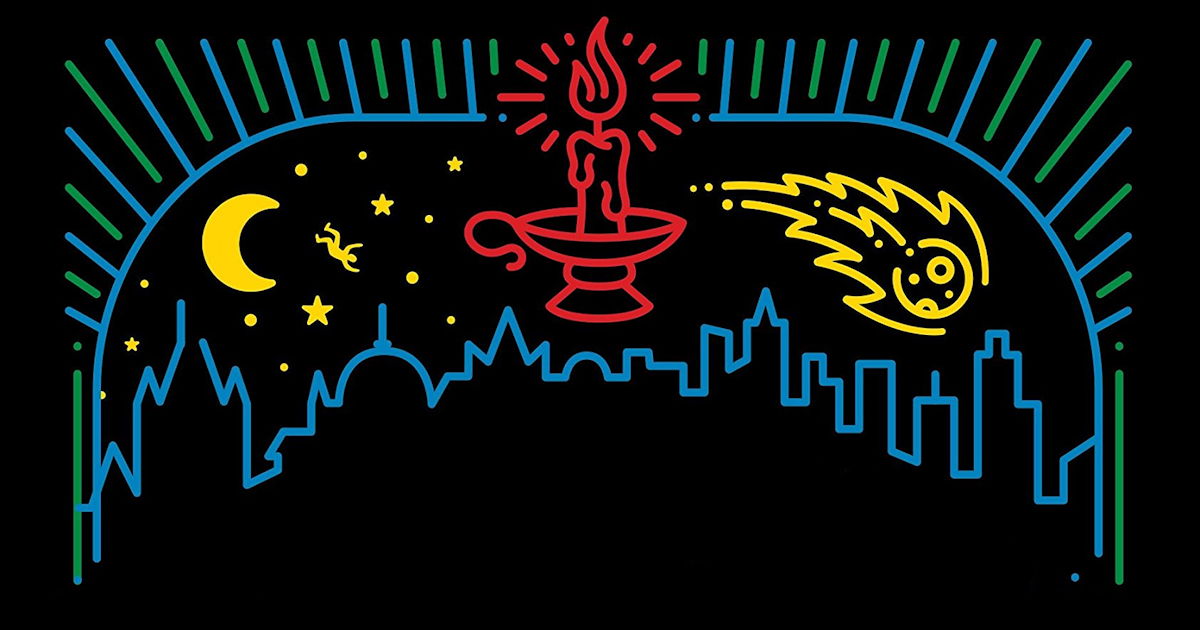 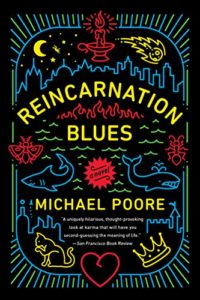 In Reincarnation Blues, Milo is the ultimate slacker. He’s lived thousands of lives, but he still hasn’t reached perfection. Instead, he just wants to spend his time in the afterlife with his girlfriend, Susie, who also happens to be one of the incarnations of death. They’ve been together for more than eight thousand years, give or take, and Milo’s primary goal in the afterlife is avoiding transcending to the oversoul so that he can spend eternity watching TV on a couch with Susie.

Things get complicated, as they often do, when Mama and Nan, the caretakers of the afterlife, explain to him that he is about to run out of lives. Every soul gets no more than ten thousand reincarnations, and he’s down to his last five. If he can’t reach perfection and join the oversoul, Mama and Nan will push him off a floating sidewalk into nothingness and oblivion.

Milo thought that all he needed to do was be a wise man, which is why he’d spent his most recent life dispensing wisdom from fishing boat, but it turns out that perfection isn’t that simple. Part of the problem is that every life he lives feels more like killing time until he dies and gets to go back to Susie. Even still, Mama and Nan’s warning scares him into action, and he decides that he’ll do anything he can to reach perfection and avoid dissolving into nothingness.

The conceit of this book means that we follow Milo over the course of a dozen or so lives, each stranger than the last. It’s a bit like reading a collection of short stories with a through-line and common main character. The tone of the book is drily funny throughout, which is helpful because several of Milo’s lives are bleak or downright horrifying.

I will say that there is a point about halfway through the book where it almost lost me. Milo reincarnates somewhere far in the future as a young man with a promising future, but he is falsely accused of rape and sent to a nightmarish prison where the other prisoners rape and torture him.

If the trope of a false rape accusation wasn’t bad enough, the sheer unpleasantness of Milo’s life in prison started to drag the book down for me. However, I hung in to see how things played out, and I’m glad I did, because the end of the chapter redeemed itself. That said, several of Milo’s lives do happen in dystopias, so don’t go into this book expecting a happy time.

Reincarnation Blues is hilarious, moving, shocking and occasionally disturbing. The result is a wonderful coming-of-age story if those can happen to someone after they’ve lived close to ten thousand lives. Maybe a coming-to-wisdom story? Highly recommended.

Full disclosure: I received a free review copy of this book from NetGalley, but I listened to the audiobook from the library.