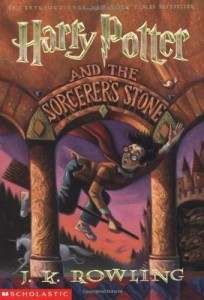 Recently while thoroughly frittering away an evening online, I decided to respond to a commenter who was doing a bit of trolling with some admittedly low-hanging fruit. The thread was over at io9, which actually has what I consider the rare comments section worth reading, and it was on their post about essential SF&F reads of 2013 (my own list is in the pipeline!).

The commenter’s complaint was related to the inclusion of a number of young adult books in the list. As they saw it this was clear proof of “a decline in reading comprehension and vocabulary”. Yes, I should know better than to try and respond to that, but I couldn’t help myself. I was of course tempted to point out the irony of complaining about a “dumbed-down” genre on a post (and site) devoted to science fiction and fantasy, but I reserved that bit of snark for Twitter instead.

Unfortunately, this kind of opinion doesn’t just appear in comments sections, it’s also propagated by professional critics, as my friend Kiersi noted in her recent discussion of criticism directed at the “new adult” genre. This particular criticism seems to rely largely on the assumption that young adult writers aren’t doing anything but churning out simplistic hack-job trilogies intended for a quick turnaround as the next summer blockbuster. That just because a book is intended for teens means it can’t or won’t address weighty themes. Or that the writing will be childish and simplistic. 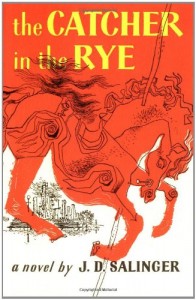 When did simplicity and readability become such a crime? Hemingway would surely disagree. The Catcher in the Rye – possibly the ultimate prototypical young adult novel – stands the test of time because the writing is simple, straightforward and clean. Holden thinks and talks like a teenager of his time, and if that book was published today, it would be marketed as young adult, no question about it.

I’d also argue that some of the best writing I’ve read recently was in Laini Taylor’s Daughter of Smoke and Bone. I thought the book had some pacing issues near the end, but Taylor’s prose was so drop-dead gorgeous that I still consider the book a five-star read. In fact, it easily outshone the writing in some of the “adult” books I’ve read recently.

The thing I find strangest about the argument against reading young adult fiction is that its proponents seem to believe there isn’t inherent value in reading just for the sake of it. The only response I received from the comment’s originator was a petulant dismissal of my “‘at least they’re reading something’ argument”. It boggles the mind. 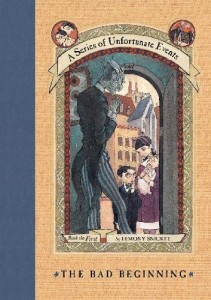 See, I know from personal experience that reading lots of young adult fiction is part of what helped me get back in the habit of reading in general. A few years ago, when I first set a goal to read 52 books in 52 weeks, some of the very first books I read were A Series of Unfortunate Events, which aren’t even young adult books because they’re pitched at children, not teenagers. I also listened to a lot of audiobooks, which I’m sure is another literary no-no (Tim Curry reads the Unfortunate Events books, which are marvelous). However, once I was in the swing of things, I decided it was time to challenge myself, and picked up the unabridged Count of Monte Cristo.

I don’t think I would have been mentally prepared to tackle a 1400+ page classic novel if I hadn’t already reminded myself that reading is fun, and I’m sure my experience isn’t unique. I feel certain that there are people who got back into the habit of reading thanks to Harry Potter, or The Hunger Games, or some other YA series, and once they remembered how much fun it was to read, they decided to keep doing it. Maybe they only read YA books now, but who cares? How can reading for fun ever be a bad thing? I don’t care what you’re reading as long as you just keep doing it.

People who argue otherwise are assholes.

That’s all I’ve got to say about that.